Or enter in your email address so we can contact you:

Spend a Day at the Races With Clacton-on-Sea Minibus

If you fancy a day at the races, make the occasion a special one with the help of Clacton-on-Sea Minibus. We've got a fleet of vehicles to cater for the travelling needs of groups between 8 and 72 people. There are no racecourses in Clacton itself, but major tracks such as Chelmsford and Newmarket are not too far away. Hire one of our modern minibuses for you and a few friends. Alternatively, make a special day of it, and hire a coach and professional driver for the day.

This is a relatively new racecourse, only opening in 2008. It suffered a bit of a setback when it went into administration in 2009. Thankfully it reopened again in 2015 and has been going strong ever since. Races are not held every day but are usually held towards the end of the week, as well as Saturdays. Special feature days are also part of the regular calendar, such as Ladies day which is held towards the end of June. For 2018, the Ladies Day event will take place on Thursday 21st June.

Clacton-on-Sea Minibus can help you get to any of the upcoming events held at Newmarket Racecourse. Considered by many to be the headquarters of British horse racing, it is also home to many significant horse racing organisations. This well-known venue is host to two of the five Classic Races which are held in the UK, as well as a number of other Group 1 races. For example:

If you want to know more details, or would like a free instant quote, get in touch with our customer support service. We can be contacted by telephone or online, so why not do it right away? Let us know where you want to go and for what event, and we'll make sure you get there for the first race of the day.

Book Now Get a Free Quote 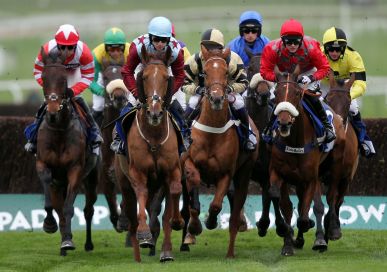